My online literature course at coursera.org is continuing. We are now in the midst of the 5th week, studying selections from Edgar Allan Poe and Nathaniel Hawthorne, of both short stories and poetry.

My Essays for Alice, Dracula and Frankenstein

Weeks 2, 3 and 4 essays on Lewis Carroll’s Alice tales, Alice in Wonderland and Through the Looking Glass, Bram Stoker’s Dracula and Mary Shelley’s Frankenstein: Or, the Modern Prometheus are done and submitted. I am receiving good commentary and helpful reviews from my peers. Below are my entrants to the weekly essay assignment for each.

Lewis Carroll: Alice in Wonderland and Alice Through the Looking Glass *

Death is a concept which fascinates young children. Lewis Carroll understands this and includes the theme of death throughout Alice’s Adventures in Wonderland, andThrough the Looking-Glass. In the latter the theme is more personal and poignant: “Though time be fleet, and I and thou/Are half a life asunder,” (p. 173) and again at the end where memories and summers die, July is slain and phantoms haunt the author. (p. 345)

In ‘Wonderland’, The Queen of Heart’s words, “Off with his head,” are as clear a description of death as one could imagine. But death is challenged by Alice, “Nonsense!” (p. 109), when she defends the three gardeners and defies the Queen’s orders. This is a classic play for a child’s sense of immortality in spite of death and its threats all around.

And here, too, Carroll has fun; death becomes absurd when everyone but Alice, and the King and Queen are under penalty of execution. (p. 124) But, the Gryphon reinforces Alice’s sense of life by assuring her that “they never executes nobody, you know.” (p. 125)

In ‘Looking-Glass’, the presence of Alice in the Red King’s dream, and the King in Alice’s (p. 238) is a conundrum. It raises the death theme more directly. Sleeping (and dreaming) is known in many cultures as the little death. As Tweedledum points out, “you’d go out—bang!—just like a candle!”, should the King awaken.

Alice worries the lack of names in the woods (p. 225) but her thoughts suggest rebirth as she imagines something else getting her name. Rushes melt like snow (p. 257) while Humpty Dumpty with his (cosmic) egg-shape recalls Lucifer’s fall to Hell, a vivid image of death everlasting. (p. 261)

These are but a few examples of the theme of death as Lewis Carroll weaves it throughout his two masterpieces.

* I read these stories in hardcopy, from a book I have had in my library for years:
Lewis Carroll, The Annotated Alice: Alice’s Adventures in Wonderland and Through the Looking-Glass, ill. John Tenniel, with Introduction and notes by Martin Gardner, 1965, Harmondsworth, England, Penguin Books Ltd.

With multiple first person viewpoints we learn the characters’ loves, hates, beliefs, imaginations as we look over their shoulders. Each unique account of Dracula adds to his monstrosity and heightens the suspense. This familiarity makes Dracula more horrible, the others more sympathetic and tragic.

Our empathy and fear grow through Stoker’s manipulation of time, place and his sense of when to reveal, and when to withhold. Changes in viewpoint allow Stoker to move back and forth in time, telling of events simultaneously. Venues change at critical plot points; Harker is trapped in Dracula’s castle; Lucy and Mina see Dracula’s arrival in Whitby, Seward studies a lunatic. Professor Van Hesling knows more than he reveals. He warns us repeatedly that the worst is yet to unfold.

Reversals and opposites of the conventional have always given society reason to recoil. Stoker uses this throughout his novel. The mundanity of Victorian life acts the foil for Dracula’s supernatural non-life. Civility and barbarity are contrasted, as Renfield demonstrates in bouts of calm lucidity and raving violent madness. Men fear women, death grows beautiful, sleep no longer refreshes.

Props and symbols reinforce the horror, or combat it, from bats and imagined angels of death flapping at windows, to flies, to crucifixes, hallowed ground and empty coffins. Mirrors reflect nothing. Night and day, seasons or the weather, all advance the story’s environment of foreboding and horror.

Each technique Bram Stoker uses to weave his tale, to scare us to death — remember old Mr. Swales? — presents us a timeless masterpiece, a prototype for a century of similar stories. The horror of Dracula is as fresh and frightful today as it was in the late 19th century, thanks to the skills of Bram Stoker.

Symbolism and Theme in Frankenstein

Here are several ways a modern reader can view Victor Frankenstein and his creature and how they symbolize various aspects of society.

One theme draws its symbols from religion, but not in a way the reader expects. Victor Frankenstein is not ‘god’, but its antithesis. God punishes Adam and Eve, but ultimately allows humankind a path to salvation and eternal purity. Frankenstein, on the other hand, punishes his adamas for no apparent reason, expelling him from society while the creature is in a profound state of helplessness and innocence. There is no path, as we see through the story’s unfolding, that allows either Frankenstein or his creature redemption for their choices and sins.

Similarly, Shelley twists two biblical commands. First, mankind’s dominion over nature: Frankenstein fails, for he makes no attempt to control his creation, only vowing to destroy it. A second command to populate the earth turns upside down when Frankenstein becomes fearful his creation will do so. Thus, the second creature is destroyed in the island laboratory. Reinforcing the skewing of these ideas, Frankenstein’s story takes place in society amid the fecundity of the Alps, but his story is told amid the wilderness and sterility of the Arctic.

On a different note, a feminist theme runs throughout the story if one sees Frankenstein as a symbol of patriarchal society, the creature a symbol of woman. Women are denied full participation in a traditional male-dominated society. Women must hide behind veils, in lesser rooms, performing their work anonymously, as does the creature. Women are denied education, sexuality or reproductive freedom. They are rejected from society as Frankenstein, the villagers and Felix reject the creature.

Shelley was a gifted author who used symbolism and multi-layered themes to express viewpoints that were just gaining attention in 1818. Her story remains relevant today, well beyond the idea of simple horror.

*** For this essay on Frankenstein, I used 4 different resources, including the novel itself:

This week’s assignment is due on Tuesday and I have yet to read several of Poe’s stories from the reading list. I am finding it difficult to see a slant to write about these two prolific writers, and may have to pass on the essay part of our study, relying instead on the forums and Professor Rabkin’s excellent video’s to learn from the weeks reading.

1 thought on “Alice, Dracula and Frankenstein” 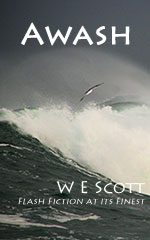 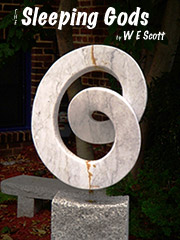 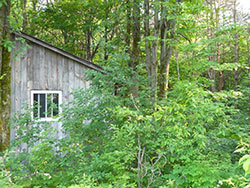